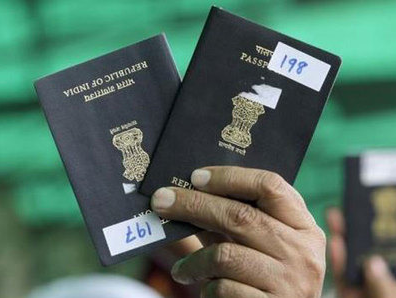 SINGAPORE: Singapore has the world’s “most powerful” passport, according to a global ranking topped for the first time by an Asian country with India figuring at 75th position, three notches better than its previous ranking.
According to the ‘Global Passport Power Rank 2017′ by global financial advisory firm Arton Capital, Germany is ranked second, followed by Sweden and South Korea in third place.
Paraguay removed visa requirements for Singaporeans, propelling Singapore’s passport to the top of Passport Index’ most powerful ranking with a visa-free score of 159, the company statement said.
Historically, the top 10 most powerful passports in the world were mostly European, with Germany having the lead for the past two years. Since early 2017, the number one position was shared with Singapore, which was steadily going up, it said.
“For the first time ever an Asian country has the most powerful passport in the world. It is a testament of Singapore’s inclusive diplomatic relations and effective foreign policy,” said Philippe May, managing director of Arton Capital’s Singapore office.
India, which was listed 78th last year, has improved its ranking, figuring at 75th position with a visa-free score of 51.
Coming in at last place on the list is Afghanistan, ranked 94 with a score of 22, followed by Pakistan and Iraq at 93 with a score of 26, Syria at 92, having a score of 29 and Somalia at 91 with a score 34.
“Visa-free global mobility has become an important factor in today’s world,” said founder and president of Arton Capital Armand Arton at the recently held Global Citizen Forum in Montenegro.
“More and more people every year invest hundreds of thousands of dollars in a second passport to offer better opportunity and security for their families,” Arton added.
While Singapore quietly climbed the ranks, the US passport has fallen down since President Donald Trump took office. Most recently Turkey and the Central African Republic revoked their visa-free status to US passport holders, the statement said.