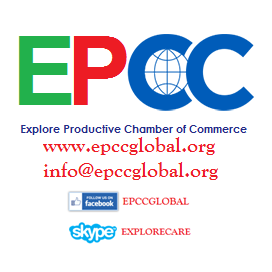 Business will remain fundamental to global economy; needs to evolve with emerging market, technology and policy innovation
Saturday 20th May 2017

BANGLORE, 20th May, 2017: Trade will remain the main engine of growth for the global economy but it needs to evolve with respect to emerging market, technology, business and policy innovation. The export-led growth strategy will yield results only when the surpluses generated from such growth are deployed for public good.

Mr. Pandey said that CBCTD was promoting policies to create conducive and stable ecosystem for economic growth and sustainable development. Citing examples of nations around the world, which successfully revamped their economies with export-led growth, Mr. Pandey said that some of the countries ploughed back their surpluses majorly for public good and used only a part of it to further pursue export-led growth on a sustainable basis. Nations which relied only on growth via exports were faced with challenging issues.

He said that international markets need to be open and also ensure that trade does deliver.

Without policies for sharing prosperity, trade can increase inequalities, heighten social tensions and raise the prospect of outright unrest. Without policies for protecting the planet, trade can weaken ecosystems. When world trade doesn’t work for the benefit of all, the promise of globalization is called into question.

He said that policy makers can help reverse the growing mistrust in the global trading system by ensuring that trade agreements are aligned with economic and social needs and aspirations of the people. He added that many a time trade agreements are fast-tracked by legislatures without enough debate on the potential negative effects certain provisions could have on different segments of the population.