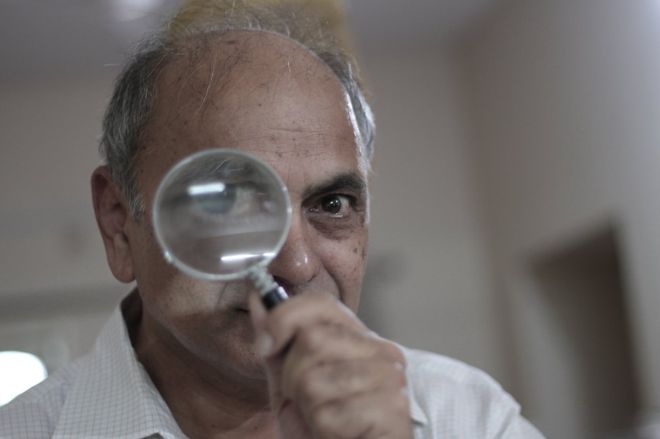 When Ganesh Devy, a former professor of English, embarked on a search for India’s languages, he expected to walk into a graveyard, littered with dead and dying mother tongues.
Instead, he says, he walked into a “dense forest of voices”, a noisy Tower of Babel in one of the world’s most populous nations.
He discovered that some 16 languages spoken in the Himalayan state of Himachal Pradesh have 200 words for snow alone – some of them ornately descriptive like “flakes falling on water”, or “falling when the moon is up”.
He found that the nomadic communities in the desert state of Rajasthan used a large number of words to describe the barren landscape, including ones for how man and animal separately experience the sandy nothingness. And that nomads – who were once branded “criminal tribes” by British rulers and now hawk maps for a living at Delhi’s traffic crossings – spoke a “secret” language because of the stigma attached to their community.
In a dozen villages on the western coast of Maharashtra, not far from the state capital Mumbai, he discovered people speaking an “outdated” form of Portuguese. A group of residents in the far-flung eastern archipelago of Andaman and Nicobar spoke in Karen, an ethnic language of Myanmar. And some Indians living in Gujarat even spoke in Japanese. Indians, he found, spoke some 125 foreign languages as their mother tongue.
Dr Devy, an untrained linguist, is a soft-spoken and fiercely determined man. He taught English at a university in Gujarat for 16 years before moving to a remote village to start working with local tribespeople. He helped them access credit, run seed banks and healthcare projects. More importantly, he also published a journal in 11 tribal languages.
– The 1961 census counted 1,652 Indian languages
– The People’s Linguistic Survey of India (PLSI) counted 780 Indian languages in 2010
197 of these are endangered, 42 of them critically so, according to UNESCO
– Arunachal Pradesh and Assam in the northeast, Maharashtra and Gujarat in the west, Orissa and Bengal in the east, and Rajasthan in the north have the most languages
– India has 68 living scripts
– The country publishes newspapers in 35 languages
– Hindi is India’s most used language, spoken by 40% of Indians. This is followed by Bengali (8.0%), Telugu (7.1%), Marathi (6.9%), and Tamil (5.9%)
– The state-run All India Radio (AIR) broadcasts programmes in 120 languages
– Only 4% of languages are represented in India’s parliament