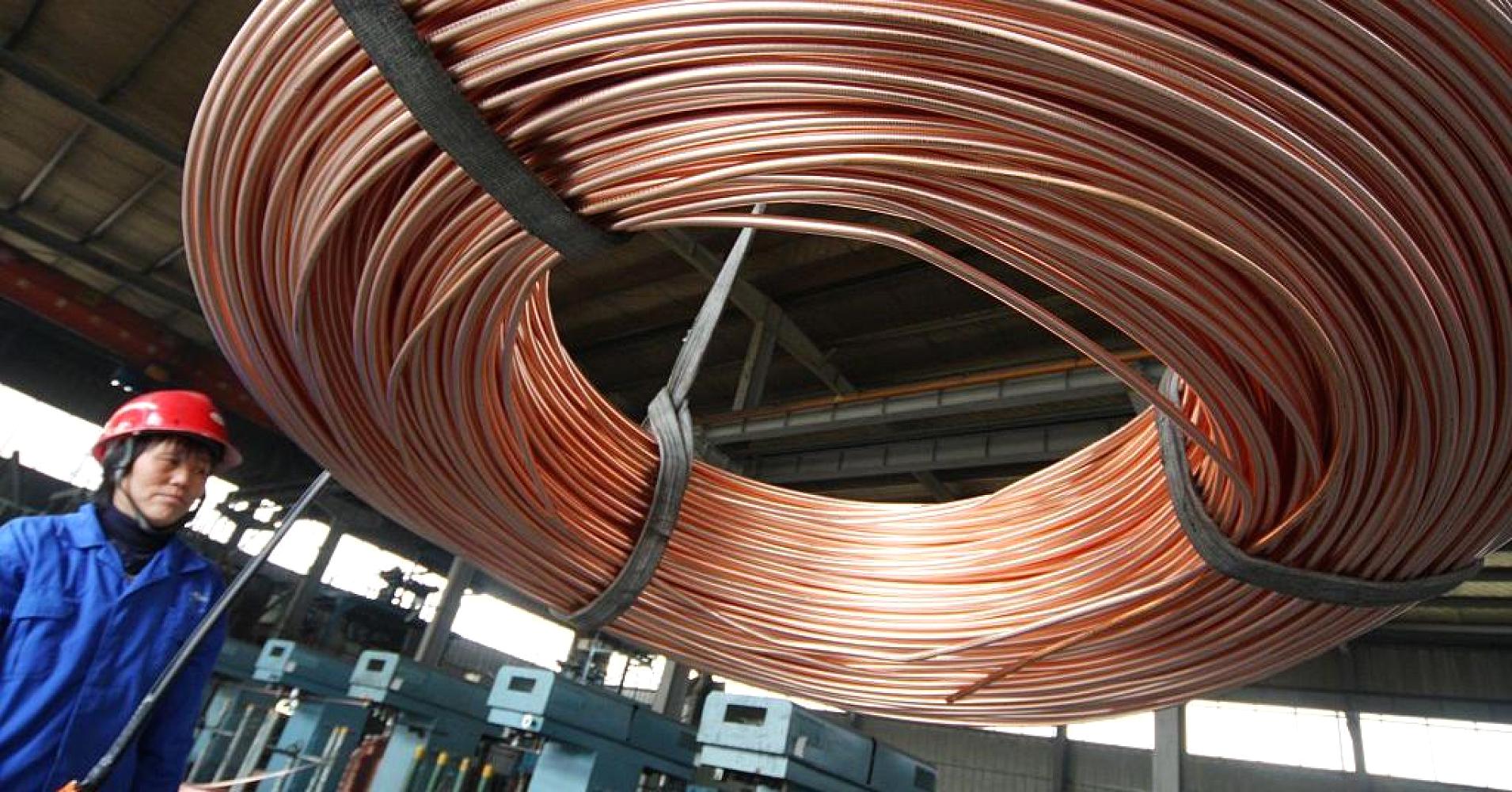 – In the last three years, analysts said increased trading activity on the Shanghai Futures Exchange has made it more and more important for global markets.

– CME is planning to launch on Nov. 20 a futures contract settled against spot copper prices in Shanghai.
China’s copper trading market is also maturing with the development of spot trading platforms.

Chinese traders on the Shanghai Futures Exchange are increasingly influencing the price for copper, rather than on the London Metal Exchange, analysts say.

China accounts for nearly half of the world’s consumption of copper, according to Reuters. While traders for years have looked at Chinese data as an indicator on future copper demand, pricing typically followed trading in copper futures contracts from the London Metal Exchange and Chicago-based CME.

In the last three years, analysts said increased trading activity on the Shanghai Futures Exchange has made it more and more important for global markets. The Shanghai market also has a timing advantage, since it begins the trading day ahead of London and Chicago.

“LME is the global benchmark, but the Shanghai center [has] increasing input in how the LME price trades,” said Colin Hamilton, managing director, commodities research at BMO Capital Markets.

Asia metals trading is growing so rapidly for CME, the world’s largest futures exchange, that it is planning to launch on Nov. 20 a futures contract settled against spot copper prices in Shanghai. CME said its contract will be the first financial settled exchange-traded futures product for hedging exposure to Chinese copper.

“We believe this new contract, which will complement CME Group’s existing physically delivered benchmark COMEX copper futures, will become a reference price for copper traded in or delivered to China,” Young-Jin Chang, executive director of metals products and global head of metals at CME Group, said in a statement.

Year-on-year trading volume in CME’s copper futures contract is up 31 percent, while that of the LME is down 7 percent, Chang told CNBC.

On Thursday, open interest for copper was greatest on the Shanghai Futures Exchange, at 125,994, followed by CME’s COMEX at 96,023 and 84,215 on the LME, according to Thomson Reuters data. Copper has surged more than 22 percent this year, to a three-year high, as traders have bet on greater demand from China.

In a sense, China already has business control of LME. In 2012, Hong Kong’s stock exchange and futures market operator HKEX acquired LME for 1.4 billion pounds ($2.2 billion at the time).

Already in July, Citi analyst Tracy Xian Liao noted in a report that “Activity in Chinese commodity futures markets has exploded over the past three years, and should keep expanding over the next few years, with Beijing set on China playing a larger role in global price discovery.”

Liao noted that total open interest in local Chinese commodities futures exchanges nearly doubled from around $155 billion in 2014 to $265 billion at the end of this past June.

Some are trying to tap into the Shanghai market in order to tap into the arbitrage, or price difference, opportunities in all three markets. London-based Arion Investment Management, which launched a Raptor Commodities Fund in late October, is working to gain access to the Shanghai Futures Exchange, which will likely occur sometime in 2018, according to founder Gerardo Tarricone, formerly of Morgan Stanley.

“Chinese markets tend to be trend followers. When a sector is hot, funds tend to go into the asset and it runs,” Tarricone said.

Arion expects $10 million will be committed by the end of the year to the Raptor fund, which will be capped at $500 million. The fund is managed by Darius Tabatabai, who previously led metals trading at Credit Suisse and Bank of America Merrill Lynch, according to the company.

As a sign of further, gradual development of China’s copper trading market, some analysts pointed to the emergence of more spot copper trading venues.

“Copper prices are set with the fundamental supply and demand trend. I think with a more in-depth physical market in China, and an increasing number of small regional exchanges in China, the price discovery of the market could improve,” Citi’s Liao told CNBC in a phone interview.

In January 2016, seven Chinese firms, mostly asset managers and some metals companies, invested 1 billion yuan ($150.7 million) into an online spot trading platform called Dasdao. The company launched copper trading in February. A representative told CNBC during a September visit to the Xi’an, China-based company that it is still waiting for full clearance from the government, which should come next year.

HKEX is also working to establish a spot commodities trading platform in Qianhai, Shenzhen, in a new free trade zone in Mainland China near Hong Kong.

“HKEX is using the successful model of the LME to develop a credible, transparent and reliable spot commodities trading venue backed by physical delivery and a warehouse system to support the Mainland’s real economy,” an HKEX spokesman said in an email to CNBC.

“We used to just talk about Chinese fundamentals driving prices,” BMO’s Hamilton said. “In three to four years China will be driving financial markets as well.”

Previous:
« When it comes to investing in the future, go with renewable energy over bitcoin
Next:
The global economic environment headed into 2018 »